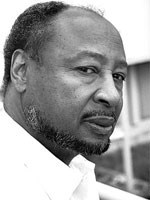 When one reads the great poets and begins the journey of discerning the practical, social, and philosophical ideas they share, there arises a sense of awe regarding how these persons could succinctly articulate concepts that those less creative would find difficult to achieve. Imagine the creative genius of a composer with the facility to interpret that poetry just as succinctly by utilizing pitch, dynamics, tempo, and harmonic textures as musical symbolism, thus producing a heightened creative reality.

Robert Owens was one such creative individual. A student and master craftsman of compositional structure his works are based on (1) insight into the essence of poetic symbolism with its treatment, for example, of metaphor and simile and (2) a novel approach to interpreting [the] philosophical aspects of poetry. His employment of harmonic textures, technical instrumental devices, and colors of the vocal tessitura painted convincing interpretive pictures of nature and humanity.

Owens was an expatriate composer and concert pianist who relocated to Europe in the 1950’s to freely pursue his music career. For over fifty years Mr. Owens resided in Munich, Germany. His song cycles were uniquely different, yet familiar in the sense that they are fashioned in the style of the German song cycle tradition of Franz Schubert, Hugo Wolf, and Johannes Brahms and crafted brilliantly with elements of American and African American musical elements and communication style.

A series of fortunate circumstances allowed this music prodigy, this “wunderkind” of piano and composition to fulfill his professional music aspirations early in life. It was in 1930’s, 40’s, and 50’s America where Robert Owens began his life journey as a musician. During this period he encountered the reality that those of his hue were more welcome to practice their artistic craft and vision professionally on other continents rather than in the country of his birth.

Born February 4, 1925 in Dennison, Texas, Owens migrated with his progressive parents to Berkeley, California in 1927. His father was a prominent business man and politician in the Bay area while his mother was an accomplished pianist who initiated his piano instruction when he was four years of age. Robert began composing at the age of eight and playing publicly at ten, then under the piano instruction of Genevieve Longrus. While studying music theory at Berkeley High School he composed Three Songs for Soprano, now Opus 22 that survives from that period. At the age of fifteen Robert composed a piano concerto which he performed with his high school orchestra, and again a year later with the Berkeley Young Peoples’ Symphony under the direction of Jessica Marcelli at the Greek Theater on the campus of the University of California. 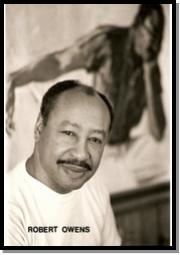 Owens graduated high school with honors in 1942 and at the conclusion of his military commitment in 1946 he traveled to Paris, France to study with Jules Gentil and Alfred Cortot at the École de Musique where he received the Diplome de Perfection in piano. In the fall of 1950, he departed Paris for Copenhagen, Denmark to begin preparation for his concert piano debut that took place in April of 1952. Owens moved on to Vienna, Austria in 1953 to perform and compose while attending master classes at the renowned Musik und Darstellende Dunst Akademie (Music and Performing Arts Academy) with Professor Grete Hinterhofer.

In the summer of 1957, Owens received an invitation to return to America to teach at Albany State College in Georgia where from the fall of 1957 until July of 1959 he held the position of Instructor of Music. It was after a 1958 performance of his piano compositions in Berkeley, California that he was approached by a woman from the audience who insisted that he meet the poet, Langston Hughes with the objective of gaining permission to set some of his poetry to music. She then gave Owens a letter of introduction to Hughes and prior to returning to Albany he traveled to Harlem in New York City to meet the poet and writer. After cordial introductions he presented the letter to Hughes and recounted the woman’s statement regarding setting his poetry to music. Owens recalled that Langston Hughes responded with, “Well, now…,” as he proceeded to his bookshelf to remove a book of collected poems, Fields of Wonder (1947), Alfred Knopf Publishers. Hughes then stated, “Here’s something that might interest you,” whereupon he autographed the book and gave it to Owens who thanked him, departed, and returned to his teaching position in Georgia.

As Owens read the Hughes poems, he noticed, as he put it, “the marvelous, lyrical thoughts” and how wonderfully they could be set to music. He immediately began to compose his seminal song cycle, Silver Rain for tenor and piano and a second, Tearless, for baritone and piano. Silver Rain was composed for tenor, John Caldwell, the chairman of the music department at Albany State College.

In early 1959, Owens decided to conclude his teaching assignment at Albany State due to the rigid segregation policies and practices of the south. He therefore, entered a contest that would fund his return to Europe for further study of the piano and to perform. After successfully competing in the preliminary contests, he was scheduled to perform in the final competition in New York. Hence, he contacted Langston Hughes informing him that two song cycles from Fields of Wonder were complete, that he would be in the city for other business, and would like to meet with him if he provided a singer. Interested, Hughes set the appointment, secured a capable singer, and Owens proceeded to New York City.

Robert Owens recounted that after the performance of the two song cycles Langston Hughes commented, “Did I write that?” to which Owens replied, “You most certainly did!” According to Owens, Hughes further responded with, “Oh my God, they sound so marvelous set to music. It is so much better than just the words.” Owens’ strategic use of characteristic black idiomatic silence, for example, as a composition device added a poignant dynamic to Hughes’ descriptive poetic text. With that encouragement from Langston Hughes, Owens proceeded to the piano competition which he won, resigned his position at Albany State, and at the conclusion of the academic year departed for Hamburg, Germany to continue his study of piano, to perform, and compose an expanded catalog of songs, song cycles and instrumental works.

When asked about his insightful composition style that so aptly interprets the mood of select Fields of Wonder poems regarding race, Robert Owens stated that he took some inspiration from firsthand experience of the racial climate in Albany, Georgia. He stated, “Negroes were prohibited from socializing at public facilities in Albany, so there was no place to go and nothing to do as a black person.” Having been raised in California and recently studying and performing in Scandinavia and Europe, Owens decided that the restrictive racial climate of the south was sufficient incentive to return to Europe to compose, study, and perform.

To further meet his financial obligations in Germany Owens began acting on stage and television. His introduction to stage and media performance enhanced his creative insights, encouraged him to publish his first piano compositions and other instrumental works, and to compose his first opera, Kultur! Kultur! In 1962 Owens relocated to Munich where in 1970 the opera premiered at the Ulmer Theater-Neubau in Ulm, Germany, bringing Owens the distinction, at that time, of being the only American composer to be premiered there.

Unlike other composers who selected individual poems from Fields of Wonder, Owens decided to follow the path of his Western European exemplars and set several of the poem groups as song cycles. Owens’ ability to unite cultural concepts and “set to music not simply the lines of the verses, but also that which lies between the lines and in the margins” {1} renders his song cycles as multilayered and stimulating to study and perform. The intricate collaborative interplay between the voice and piano is masterfully set requiring similar musicianship of the performers.

The Owens catalog of song and song cycle compositions also includes settings of poetry by Emily Bronté, Hermann Hesse, Paul Lawrence Dunbar, Lord Byron, Hugo von Hoffmansthal, William Wordsworth , and Countee Cullen . He constructed his musical interpretations of the poetic text as closely as possible to the cultural style andphilosophical merits of each individual poet. This is also true in his Six Negro Spirituals: A Song Cycle for Bass and Piano. His comprehension of the human voice, its expressive and tonal capabilities, and how to utilize his technical piano prowess made his compositions a delight to perform and to experience.

The seven instrumental works of Robert Owens are lyrical dialogues for the cello, flute, or violin with piano accompaniment, as well as in the Idomeneo Quartet, Op. 93, movements for violin, viola, cello and oboe. His treatment of the instrumental works is in some ways similar to that of interactively expressive human voices or bodies. The composition titles are indicative of such, as in Three Dialogues for Flute and Piano, Op. 91; Song for Violoncello and Piano, Op. 90; Folk Dance (Schuhplattler) for Violoncello and Piano, Op. 96.

First and foremost Robert Owens was a composer whose amalgamation of Western European music practice and American and African-American musical idioms gave him a unique musical advantage and perspective. As poets are masters of storytelling through the written word, so Robert Owens was a master of transforming those stories through his interpretive creativity. Each song, song cycle and instrumental work has its own individual character giving a heightened description of the heart and soul of the human experience expressed in each poem, poem set and cultural context. The works of Robert Owens have frequently been broadcast on Bavarian Radio and many have been recorded on the Naxos, Cinnabar, and Albany labels.

Darryl Taylor, tenor [www.darryltaylor.com/alliance/classicalvocalrep.html] and Donnie Ray Albert, baritone [www.donnierayalbert.com] recorded works by Robert Owens with Owens at the piano; [Taylor recording, Fields of Wonder – Albert recording, Tearless.] Many of the Robert Owens scores may be purchased in the United States through Classical Vocal Reprints, www.classicalvocalrep.com. The Owens instrumental scores including the Negro Spiritual song cycle and order catalog may be obtained from Ostinato-Musikverlag publishers at www.Ostinato-Music.de.

To Top | To Bibliography for Robert Owens