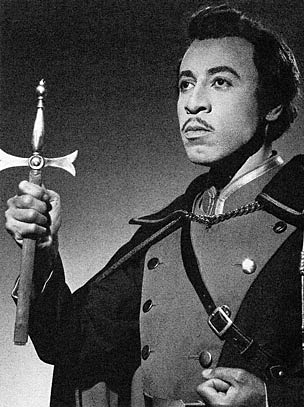 Baritone Robert Keith McFerrin was born–the fourth of eight children–on March 19, 1921, in Marianna, Arkansas. His father, Melvin McFerrin, was an itinerate Baptist preacher who settled his family in the small Arkansas town. Mary McKinney McFerrin, the singer’s mother, took on the primary responsbility of raising the children and maintaining the household. When the child was two years old, his family relocated to Memphis, Tennessee. 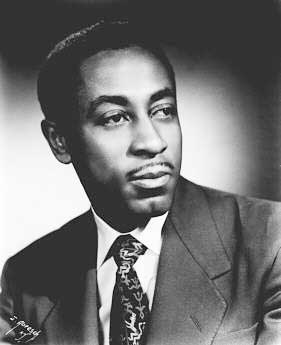 The youngster was a boy soprano in the local church gospel choir. He also developed skills as a whistler and showed a facility with language. In his early teens, McFerrin and two of his siblings formed a trio that travelled with his father to churches in the region and performed gospel songs, hymns, and spirituals. To give him a better educational opportunity, his parents sent him to live with his aunt and uncle in St. Louis, Missouri.

McFerrin attended Sumner High School in St. Louis with the intent of eventually becoming an English teacher. However, he was persuaded to audition for the school choir. The choir director was so impressed that he arranged to give McFerrin private vocal instruction. During the four years of study, McFerrin was introduced to classical vocal training. He was also strongly discouraged from singing gospel or popular music. However, he later credited his earlier exposure to that music:

I believe that my singing of gospel music and hymns strengthened my voice and gave me the ability to sustain my singing and endure whatever role I was assigned to sing. The study of voice only served to secure musicianship and aid in the control of my voice.1

His music teacher also arranged McFerrin’s first vocal recital to raise the money needed to pay his tuition to Fisk University. After one year of study at the school, however, he withdrew and returned to St. Louis. In 1941, he won a scholarship to attend Chicago Musical College. The following year, he won his first vocal competition at the Chicagoland Music Festival. His studies were interrupted in 1943 when he called into military service during World War II; however, he completed his undergraduate degree at Chicago Musical College in 1946. 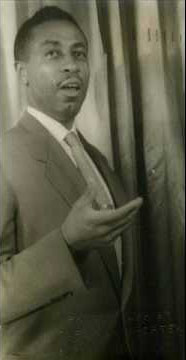 Two years later, McFerrin moved to New York in order to pursue a professional singing career. Through his acquaintance with Congressman Adam Clayton Powell, he met and began an association with composer and choir director Hall Johnson. Johnson became McFerrin’s vocal coach, organized his first recital in New York and arranged for the young baritone to be a featured soloist during the Hall Johnson Choir European tour in 1951.

In 1949, McFerrin married Sara Copper, a Washington, DC-born singer who had also come to New York seeking a musical career. The couple had two children, Robert, Jr.–who later developed a professional career himself as a recording artist, composer, and conductor–and Brenda. McFerrin credits his ex-wife for being the primary support for the family while he developed his career. Additionally, she served as his accompanist and helped him study new operatic roles.

That year also saw him win a role in Kurt Weill’s Broadway production, Lost in the Stars, which starred baritone Todd Duncan. McFerrin then earned a scholarship to the Tanglewood Opera Theatre, where he debuted in the title role of the opera, Rigoletto. He also performed in William Grant Still’s Troubled Island, the first opera composed by an African American to be performed by a major American opera company, the New York City Opera.

During the early 1950s, McFerrin continued to perform on both the operatic and musical stages. He sang with the National Negro Opera Company from 1949 to 1952 and with the New England Opera in 1950. He was in the 1951 revival of the Marc Connelly-Hall Johnson production, Green Pastures. His roles included Amonasro in Verdi’a Aida, Valentin in Gounod’s Faust, and Oreste in Gluck’s opera, Iphigenie en Tauride. He also performed in recital and with orchestras around the United States.

McFerrin reluctantly entered the Metropolitan Opera’s “Auditions of the Air” in 1953 at the urging of his manager. The singer was concerned not with the absence of African Americans throughout the history of the company to that point, but with his own lack of experience:

I might win the damn thing and I would not know what to do. My manager did not accept this excuse and reasoning. She secured an application, filled it in, forged my signature, and mailed it to the company. The next thing I knew, I received a call from someone at the Met telling me to be there for the audition.2

He won the competition, becoming the first African American to do so. He was given a scholarship to the Kathryn Turney Long school, where he studied stage deportment, fencing, and other performance skills for a year. When he signed a contract that began a three-year association with the Met, he became the first African American to make such an achievement. McFerrin made his debut as Amonasro on January 27, 1955, three weeks after contralto Marian Anderson became the first African American vocalist to break the Met’s color barrier. New York critics present that evening gave the baritone very positive reviews, despite the extraordinary circumstances surrounding the event. McFerrin described the situation:

I knew the two ladies were famous opera stars, but I had never had the pleasure of meeting them nor the opportunity to hear them. As a matter of fact, opening night was the first time I saw them, or heard the orchestra. Maestro Cleva was an excellent conductor and friend. He guided me through the performance with great ease. I will always remember him.3

He began also singing extensively in European houses, including becoming the first African American to sing at the Teatro San Carlo in Naples, Italy, in 1956. In August, 1957, McFerrin was named “Artist of the Month” in the publication, Musical America. He was contracted to sing the role of Porgy in Otto Preminger’s film production of Porgy and Bess in 1958 (click on the album image to hear soundtrack excerpt). He and his family moved to Hollywood so that he could work with actor Sidney Poitier, who would lip-synch the role in the film. 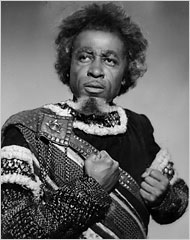 After the filming, McFerrin ended his affiliation with the Met and settled in California. He explained that:

After having spent some time in California, I realized opportunities at the Met were at a stalemate. I had been there for three years and had done only three roles which averaged out to a role a year. I did not want to continue the uncertainty of my future of whether or not I would progress beyond the status of singing the role of a brother, or father. I wanted to sing Wotan or Count di Luna, or a romantic lead. I guess this would have created too much controversary; therefore, I simply chose to resign my position on the Met roster and take my chances in Hollywood.4.

He and Sara McFerrin opened a voice studio in Los Angeles. Later, he taught at the Sibelius Academy in Helsinki, Finland, Sacramento State College in California, the St. Louis Institute of Music Conservatory, and Roosevelt University, Chicago. His recordings include: Rigoletto, recorded with the Metropolitan Opera (1956); Aida, with the Teatro San Carlo (1956), the sound track from the motion picture, Porgy and Bess (1959), Deep River and Other Classic Negro Spirituals (1959), a recording of children’s songs, Let’s learn a new song in the 1960s; and Medicine Music, which he recorded with his son, Bobby, in 1990.

McFerrin received honorary doctorates from Stowe Teacher’s College, St. Louis, in 1987 and from the University of Missouri in 1989. He was presented with a lifetime achievement award by Opera America and Opera Volunteers International in June, 2003.

McFerrin suffered a stroke in the 1980s that affected his verbal ability. In an August 2003 news story, it was reported that his doctors suspected that he had developed Alzheimer’s disease. McFerrin settled in St. Louis with his second wife, Athena, until his death on November 24, 2006, from a heart attack. Tenor George Shirley paid this tribute to McFerrin’s contributions as a groundbreaker, especially for the African American male singer:

Robert McFerrin Sr.’s heart was that of a giant; as one of the world’s greatest singers and courageous pioneers, he instilled within me and countless other black males the resolve to pursue our destinies as performers in the profession of grand opera. In spite of the personal hardships he endured, his magnificent voice retained its amazing power and beauty well into his 8th decade, thrilling all who were present at the First Annual Legacy Awards Banquet at the National Opera Association Convention in Cambridge, MA in 1995. It was our pleasure to present the Award to Mr. McFerrin at that time; also honored were his colleagues Mattiwilda Dobbs, Camilla Williams, and Todd Duncan.5

Robert McFerrin was interviewed by tenor George Shirley on May 5, 1975, for Shirley’s radio broadcast, Classical Music and the Afro-American.  Listen to the historic broadcast, hosted by WNYC, which includes performance excerpts.

To Top | To Bibliography for Robert McFerrin